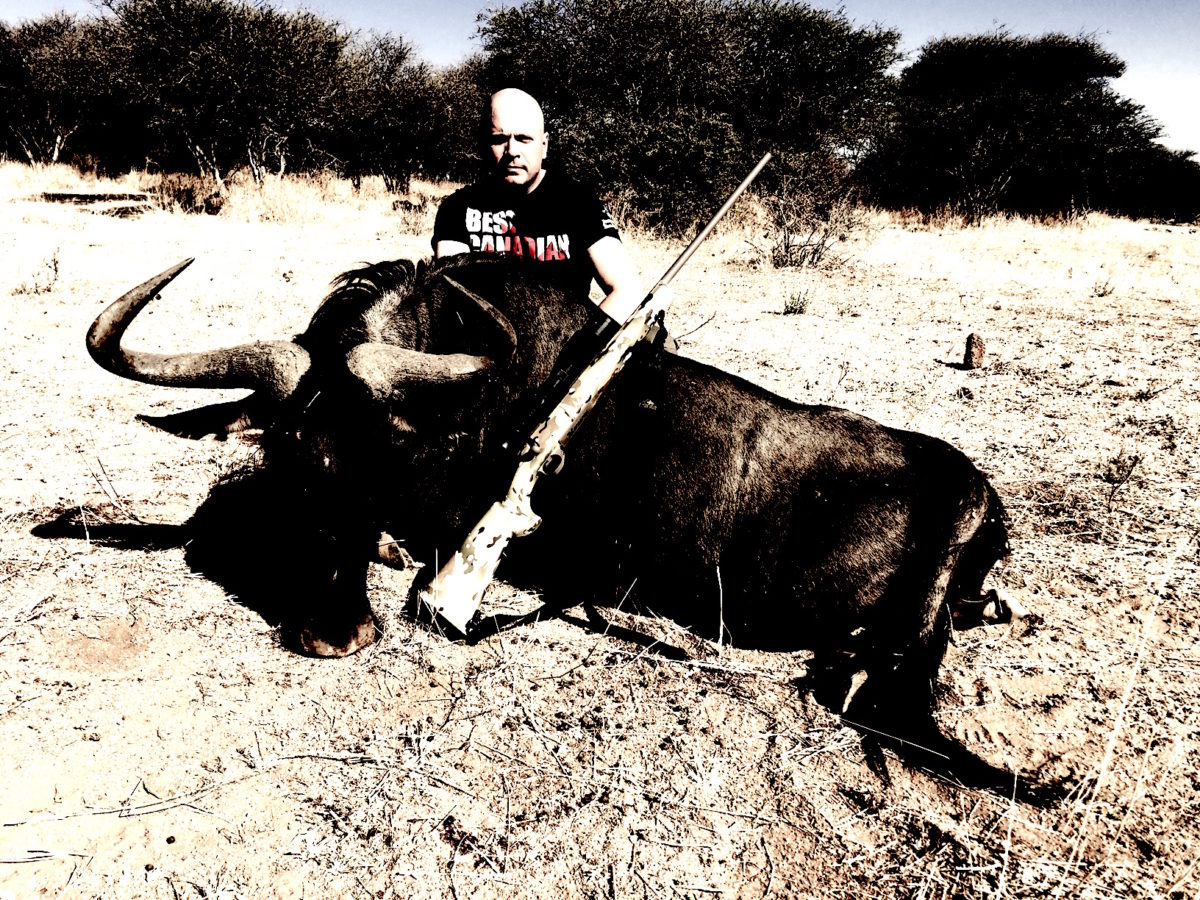 I used to write about this topic a fair bit when I was younger. It was part of a naval gazing exercise that hunters who write do in general. But as I’ve aged the novelty surrounding the process has worn off. I’ll admit I enjoy writing about the activity itself and how it relates to life in this world but trying to explain to others (especially nonhunters)  the ‘why’ of it all has gotten old for me.

It’s an emotional topic mostly and when you are dealing with something that is emotional it is difficult to move people with either your own passion, reason or a combination of the two. Moreover, given the age in which we live, there are topics that concern me more that affect us all and create common ground such as culture (which this topic is arguably related to in a very narrow fashion), finance and politics.

But a friend (who I know respects me but who I think is not a fan of what I do) suggested that I write about it anyways. Although I politely thanked him for his suggestion and told him I’d think about it I’ll admit that inside I was thinking, “No fucking way”. I didn’t want the headache that the aftermath can create as such things consume time that I could better use either working, reading, exercising or hanging out with my family.

But then I thought, “I don’t have an editor.” I’m not writing for a publication that is concerned about ‘controversy’ and I don’t have to do things the way I used to or the way that others who are tied to major outdoor publications have to. I can be myself and write it the way I think it should be written. So here we go.

The first rule of writing a piece like this is simple: be honest. So lets, because before we can get to the ‘why’ of things we have to tell the truth.

First. If you are emotional and you feel disgusted when you look at the picture at the top of the article then you need to know one very important thing: I don’t care. If you are that easily triggered then your feelings don’t matter to me. Whining, bitching, moaning, crying, outrage, swearing, and name calling will fall on deaf ears. That is the first truth.

The second truth will dispell a common myth espoused by almost every modern hunter and that is, “we need to hunt”. The truth is, we don’t.

‘Need’ has become a very nebulous term in the modern world and it is abused in ways that I cannot even begin to cover in an essay of this length. But man, and this applies to almost every culture from one end of the globe to the other, hasn’t ‘needed’ to hunt since he crawled out of the cave and discovered agriculture. For that matter, I consider the argument (from need) in favor of consuming meat equally as shaky given that man can survive quite well on a diet of nuts, fruit, vegetables, and grains.

But there is a difference between surviving and thriving and between observing and participating. Most hunters are poor passive observers. For me, a mountain is there to climb for two reasons: for conditioning and because there is something worth killing at the top of it. The view is nice but is a bit like the salad on my plate; it is a side dish of some importance but not the reason I came to dinner.

Most of the arguments for or against this activity are based on the idea of ‘need’. But very little we do in this world is actually related to ‘need’. What do we ‘need’ anyway?

To survive, at a very elementary level, we ‘need’ about three things: we need food and water, shelter and the opportunity to reproduce. Everything else after that is ‘want’.

‘Want’ is the window dressing on humanity. It is what leads to organization, molds culture and births civilizations.

Most of the things we argue over with regards to who we should be, both as individuals and as groups are centered around the conflicting wants of all. The argument for hunting is an argument over ‘wants’, not of ‘needs’ and should be addressed accordingly.

To the uninitiated and to those whose minds are filled with misinformation fed to them by the MSM and a variety of environmental groups they will distinguish between two different “types of hunting”: trophy and meat hunting or recreational and subsistence. That there is a dichotomy between the two is a myth. Since no hunting is based on ‘need’ and only ‘want’ all hunting is recreational. And all of it produces meat.

The problem is that nonhunters (and some hunters for that matter) have been conditioned to believe that recreational hunting is unnecessary and destructive. But modern hunting is neither. In fact, something that is based on ‘want’ which does no harm to other people can be neither unnecessary nor necessary. It only becomes one or the other based on the bias of either participant in the argument.

Hunting is a ‘want’ that is a mathematically sustainable activity. It can exist only in a context where the primary reason for its existence, game, is present. In order for hunting to exist, game must exist, ergo, its continued existence must be ensured through the process of conservation. Without conservation of the resource (game), there is no hunting and thus no hunter. Wildlife is valuable to hunters because without it we’d be like everyone else; passive observers. As such we have become quite adept at maximizing game populations where we can for our consumption. This model is based on want. It is sustainable and game populations as a whole benefit wherever it is practiced. 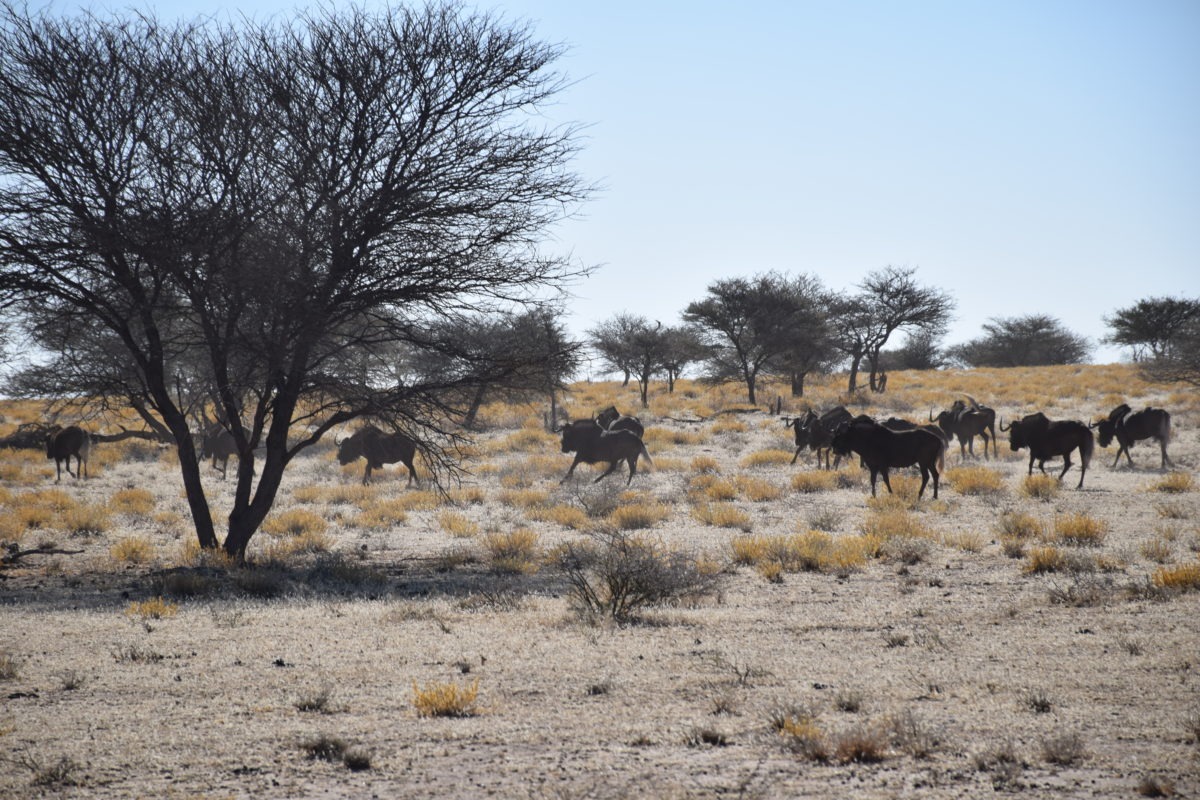 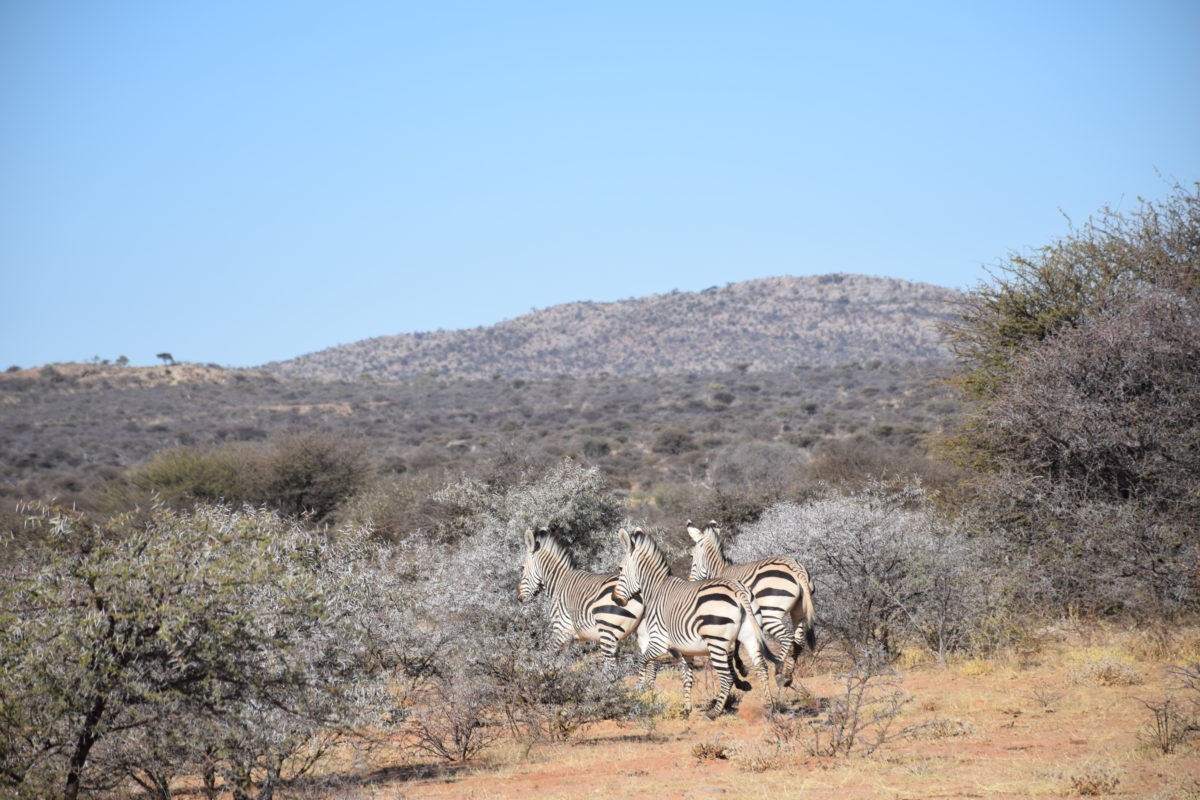 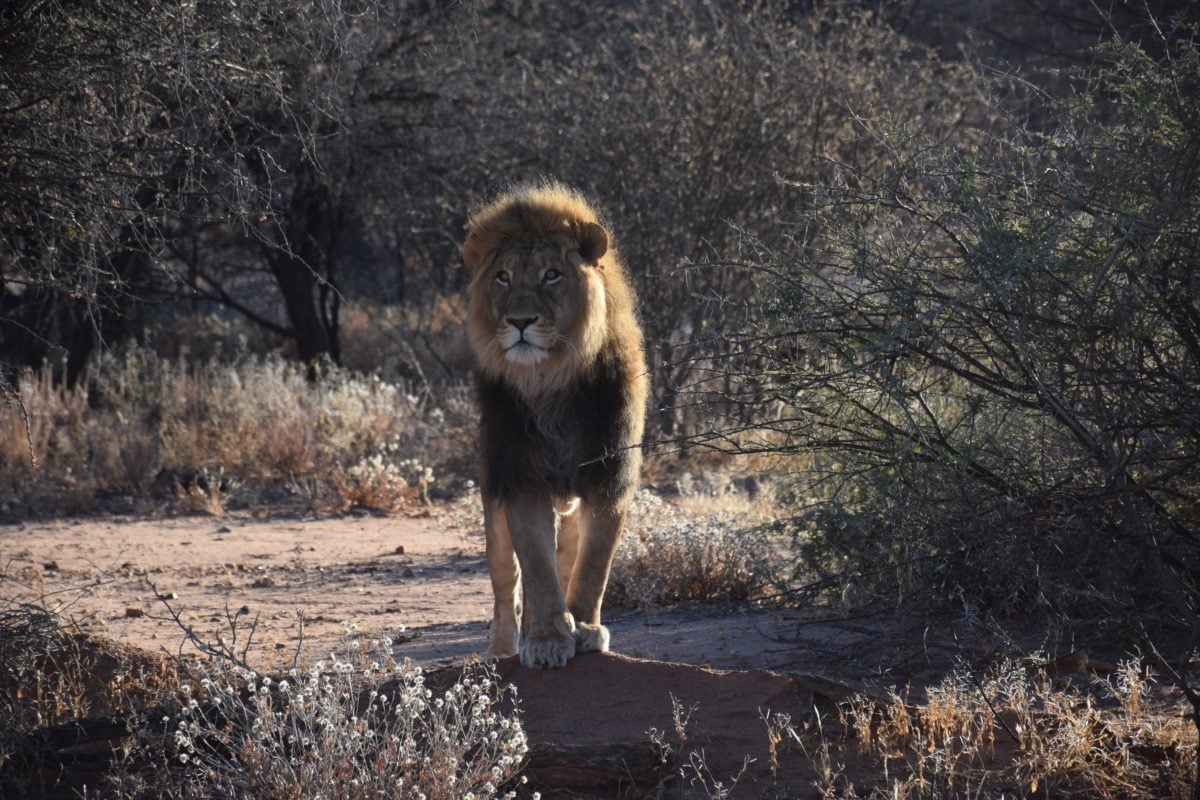 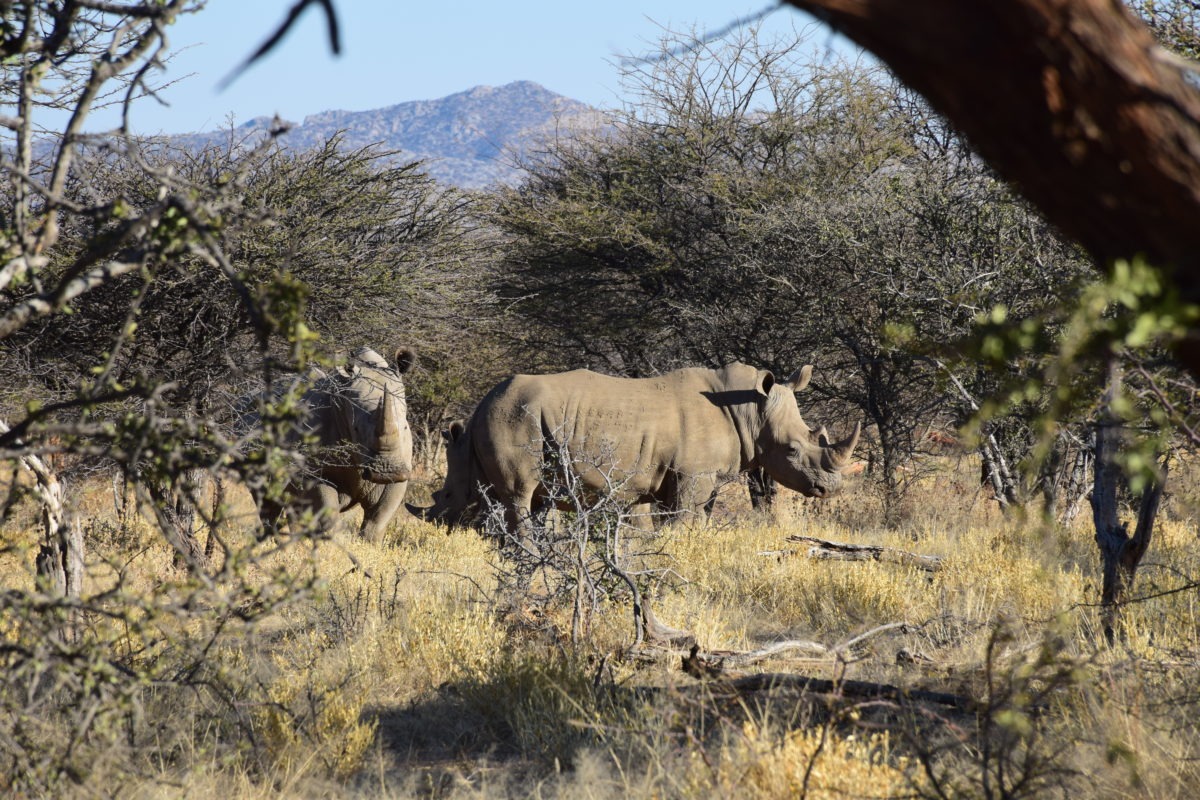 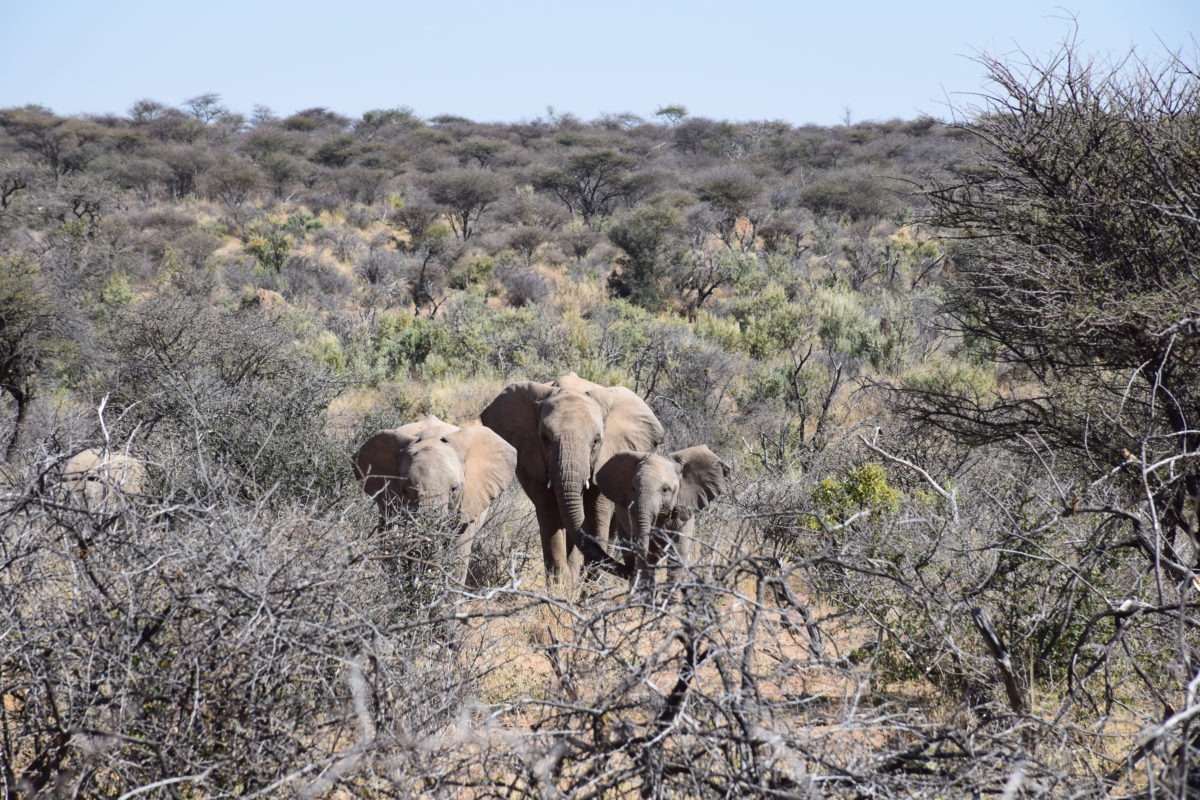 But this begs the question: why do we want to do it if we don’t have to?

It’s a fair question and not necessarily an easy one to answer. Many of our ancestors hunted for the same reasons we do: to supplement our diet with game meat, for recreation and for cultural purposes such as rights of passage, camaraderie and the like. But I believe it goes deeper than that. Hunting kept our ancestors connected to nature’s cycles in a way that is similar to but more ancient than agriculture. Hunting, like agriculture, is a part of the natural cycles of the planet; of climate, season, time, birth, death, and decay. Participation in its rituals and processes keeps us connected to those who came before and the natural world from which we come. And it does so in a manner which simply observing something cannot.

It’s no coincidence that we refer to the process of killing game as a ‘harvest’ or that the majority of it occurs in the fall and early winter of the year. In a sense, we farm game much in the same way that we farm domesticated animals. We do our best to steward the resource to ensure that populations are healthy and sustainable so that future generations can remain connected to the past and the natural world in the same way that all those who came before did.

If you are wondering what drives us on a personal level, outside of tradition, I doubt I can explain it to you. All I can tell you is that hunting is not for everyone. For example, my brother tried it on several occasions but found it is not in him to do. Thus over the years, I have concluded that some of us are simply wired differently in this aspect. We’re not all the same when it comes to how we view other living creatures and we’re not going to be.

So here’s the final truth.

I’m not an exceptional man. I live a relatively unassuming and humble life. But I am a rational apex predator that would travel to the ends of the earth, endure heatstroke, frostbite, dehydration and even risk death to go hunting. And in the end, so long as it’s sustainable (and it is) the only person I have to justify anything to with regards to this topic is a 5′ 9″ strawberry blonde that calls herself Mrs. Carpenter.

So there you have it. I hunt because I’m a hunter. And in a free country, that’s enough. Because unless you are one, you won’t understand. And I don’t expect you to.

Respectfully, whoever you are and regarding whatever you do, I wish the same for you. 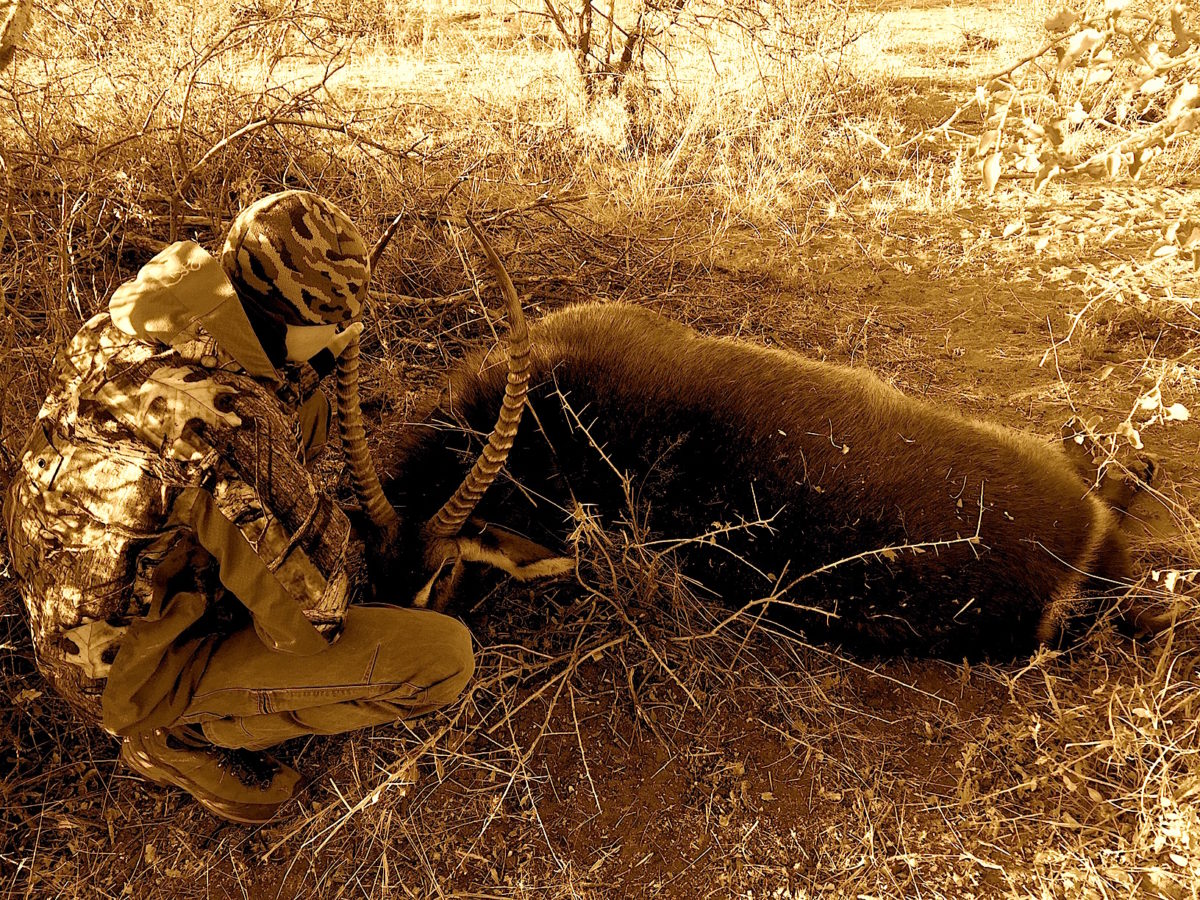 *All Photos by Scott and hunting party.