The Curious Case of the Vanishing Poll 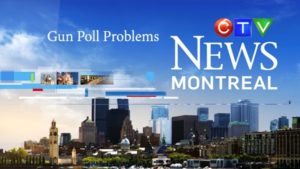 Yesterday CTV Montreal posted an online poll asking the same question as the very controversial Ekos gun poll, asking participants if they support an all-out ban on firearms in urban centres. Canadians including gun owners jumped at the chance to have their voices heard and the post received a great deal of attention. Gradually the “yes’s” were overcome by the “no’s”.

END_OF_DOCUMENT_TOKEN_TO_BE_REPLACED

A look at the gun used in the Texas church shooting. https://t.co/xdxIf5fR77pic.twitter.com/sUY1mCCLZC

The NRA – Outing Fake News One Organization at a Time